ALL YOU WANT TO KNOW ABOUT CARMELO ANTHONY…

Today’s NBA star for our trivia is Carmelo Anthony, a.k.a. “Melo”.. 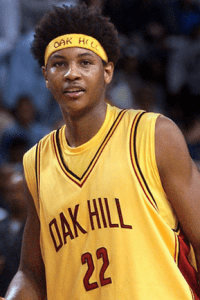 What are his origins?
His mother is African-American, his father is Puero Rican.. (His father had passed away due to liver cancer when Melo was only 2 years old)

Is he married, does he have Kids?
He is married to TV Celebrity LaLa (Vazquez) Anthony and has a 1 year old son named Kiyan with her.

Family
He has 2 older brothers and two sisters, which one of them is his step sister (however, one of his sisters had passed away couple of years ago). 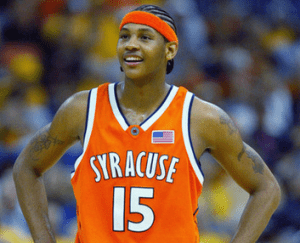 Cover Star of PC games
He is the only player to become the cover star of 3 basketball games (NCAA March Madness , NBA Live 05 and NBA Street).

Olympics with the National Team
Together with two other legendary players, LeBron James and David Robinson, he is one of the three players to participate in 3 consecutive Olympics. 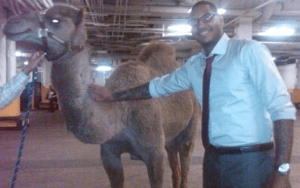 Favorite Animals
Camel and dog (in fact, when he had a baby camel, the press made him an object of derision)

Non-favorite Animals
He has an averseness aganist all felidae (cat family); not only for the endangered species such as lions or tigers, but also for event the pet cats.

Favorite Sport (Rather than Basketball)
Soccer

Who was his basketball idol?
Primarily Michael Jordan, then Dr. Julius Erwing and Bernard King, who is a Knicks All-Time Legend, although he had played for 5 different teams in the league.

Jersey Numbers 22-15 and the reason for Number 7
As jersey number, he was wearing 22 in High School and 15 in College. He kept wearing 15 in Denver, but when he arrived to New York, he chose number 7 as 15 was retired in the Knicks franchise (dedicted to Earl “The Pearl” Monroe and Dick McGuire). The reason for 7 is the birthday of his son is March 7, 2007 and number 7 comes as the result for the subtraction of his former jersey number 15 from his other former number, 22. 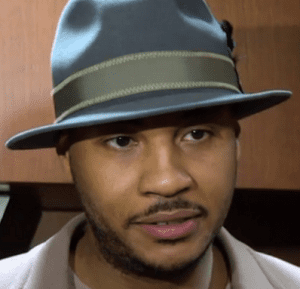 Favorite Sport as a child
Baseball